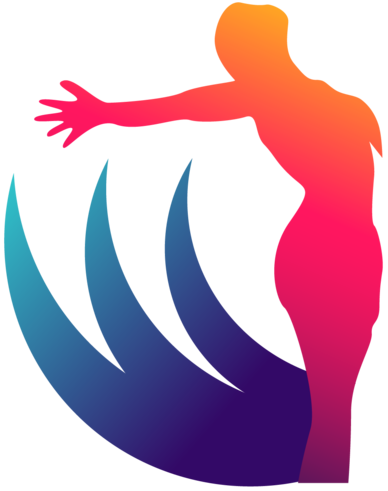 Alison Claire Thomas
Your Personal Guide for Self Mastery
Characteristics of the New Divine Consciousness, from Fear to Love

All who have inwardly agreed to spiritual ascension are on a path that leads them completely out of identification with the limitations of the third dimension into oneness with divine Creator Consciousness.

Actions in the new energy are no longer based on fear, but on the pure joy of being, love, and awareness.

Life no longer happens planned from the head and follows no ideology and no imagined goals, but it happens out of spontaneous emanation of the heart, which is one with the divine will. It is the ability to choose what I really want (joy) and the freedom from all imagined attachments and attachments to the illusion.

In the new 5D energy we are free of the collective and can manifest our lightful actions and creations free of the beliefs of the unconscious masses and oppressive elites.

Your inner freedom and consciousness, already attained through the last intensive years of ascension on the higher soul level, will descend on the physical human already in 2019, but even more in the year of change 2020 and the following years.

Man becomes the non-violent transformer of this matrix into light!

The ascent is welcomed by many, but also rejected and fought by many. Yet nothing and no one can prevent the arrival of Ascension and the life of the Masters awakened in God.

The new consciousness: The connection of the human with the divine mind Perhaps you are wondering how it should be possible, for example, to free yourself from the collective or how all the other fantastic possibilities of ascent work?

From the point of view of an ordinary human 3D consciousness, none of the above is actually possible. It takes a spiritual path to make the "impossible" possible.

You must know that in reality you are not a limited human being, but a creative consciousness that makes a human experience in the game of life.

And if you can lift the veil of forgetting so far that you really remember it again, much becomes possible that you could not do before if you only experience yourself as a limited human being.

Laws of Creation and Consciousness Now let us turn to your true being and see what it can do and how it does it.

Ascension means in the first place: Recognizing who you really are, and in the second place: removing everything from your own energy field that corresponds to the ego state of selfforgetfulness.

Consciousness creates reality through the instrument of thought. Through thought the world is manifested!

"We are what we think. Everything we are arises from our thoughts. With our thoughts we shape the world.“ - Buddha

However, the quality of creations is very different.

An unconscious soul lives in self-forgetfulness and mistakes itself for the human transient body. In this state one feels fears (fear, lat. "Angustus" for narrowness, distress), because the consciousness is narrowed (ego).

An ascended soul has recognized itself and dissolved the unconscious programs that tie you to the 3D matrix "I am the body". In this state you don't feel fear anymore.

What exactly do I create in 3D and 5D? The outer reality that you experience daily is an exact correspondence of the sum of your unconscious crystallized thoughts and your conscious thoughts.

Unconscious thoughts are the previously created, your karma, your "wavelength", the "not knowing", and so on. They are crystallized as matter and psychological-biological patterns.

Unconscious thoughts have a strong effect on your reality, they create a reality without your conscious consent.

The subconscious thoughts are fixed thoughts, i.e. thoughts "brought into form", which you - the immortal consciousness - have sent out sometime before and which you have confirmed again and again through your attention.

They are the ones who ensure that you wake up as a human being every day, experience the same situations again and again in partnerships, at work and in everyday life. They create the illusion of continuity, they create the apparent stability of the world in which you live and from which, as long as you remain unconscious, you cannot break out in any way.

Thoughts that are repeated again and again with attention condense!

The vibration of the very fast thoughts becomes slower and slower and so thoughts crystallize over very long periods of time gradually more and more - they eventually even become matter: A truly massive experience!

info@alisonclairethomas.com
(408)3093083
Web Design by
This website uses cookies to ensure you get the best browsing experience.
I agree

Enter your email to receive a free Guided Meditation on Living Fearlessly audio.

Thanks for signing up!
Something went wrong! Please try again!